This summer was a huge adventure in and of itself, Philip lived and worked in Wyoming and I stayed in Columbus. We thought long and hard about this obviously and it was a good decision to help boost his career with some much-needed work experience. 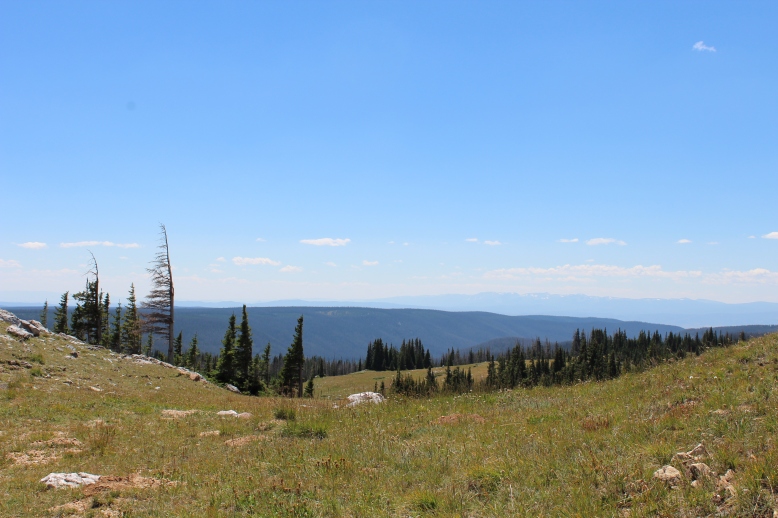 At the end of summer when it was time to make the long drive home (21 ish hours) I flew out to Denver and we drove back together. I was really excited to see all the places he had been working and exploring all summer so I flew in as early as possible. I arrived at 7am and we immediately grabbed breakfast at a diner in old town Fort Collins CO. 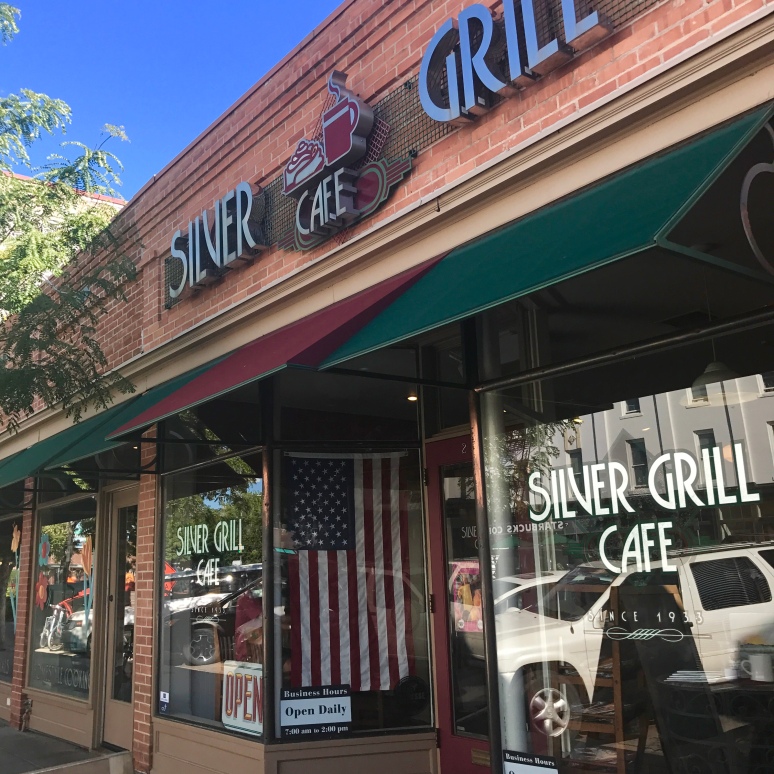 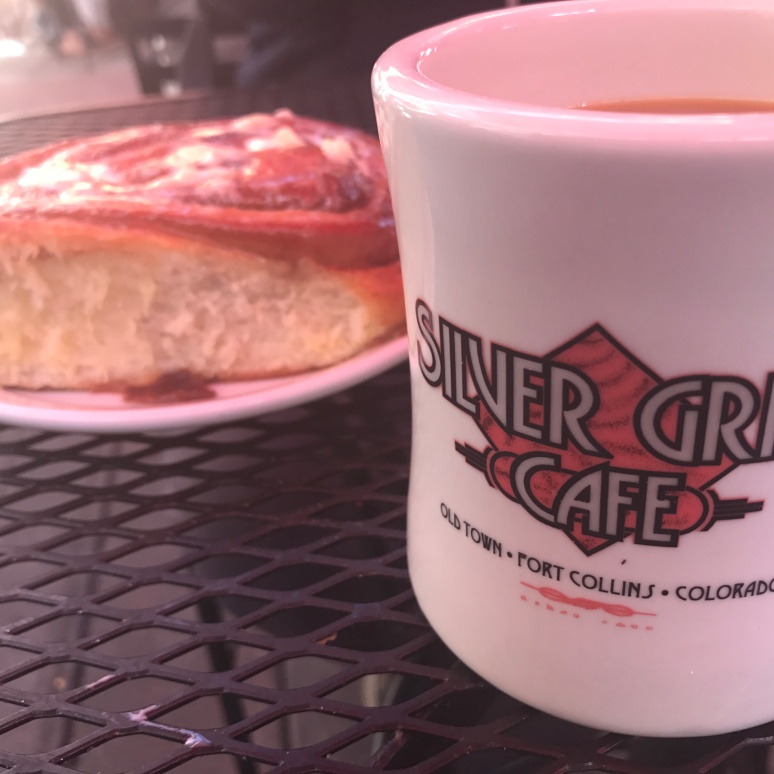 The Silver Cafe Grill was amazing and home to the Giant Cinnamon Roll. We ordered our drinks first, which for me was coffee, and while we looked at the menus our waitress comes over and very smoothly said ” while you are looking at the menu, would you like me to bring you a hot cinnamon roll? ” and we just looked at each other for a second and decided “yes we do want a hot cinnamon roll before we order!” it was the best sales pitch and delivery I have ever experienced. 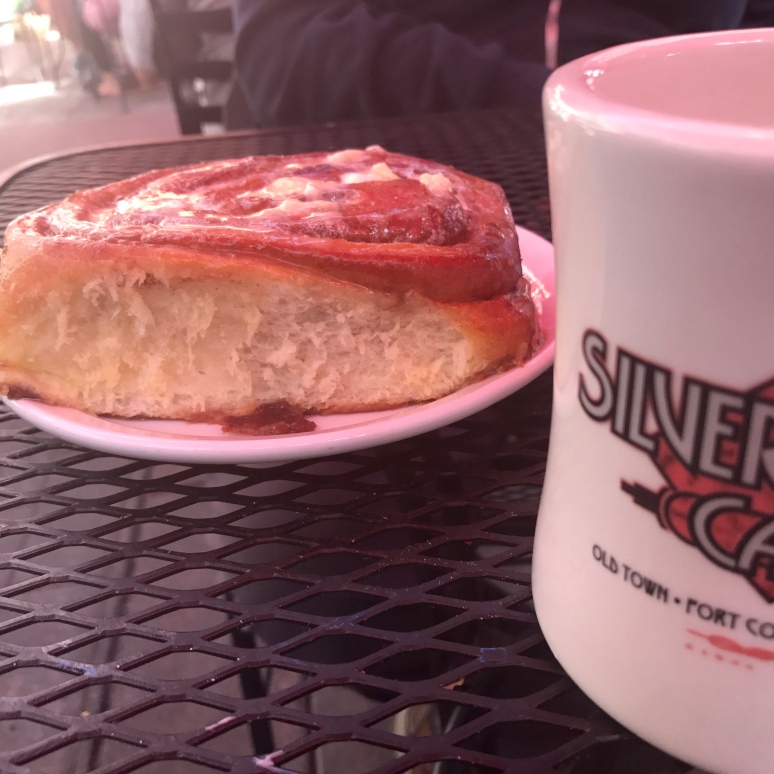 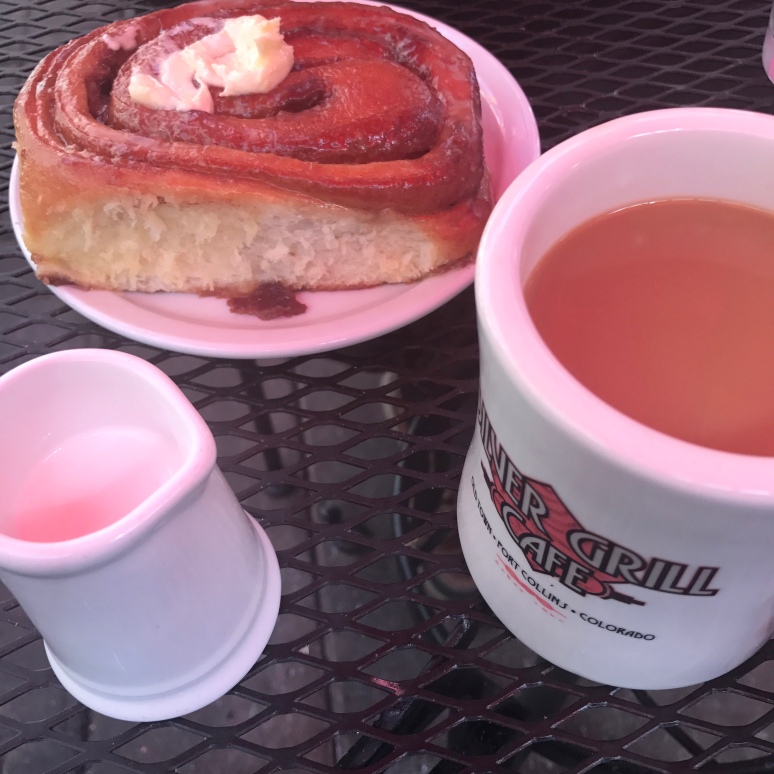 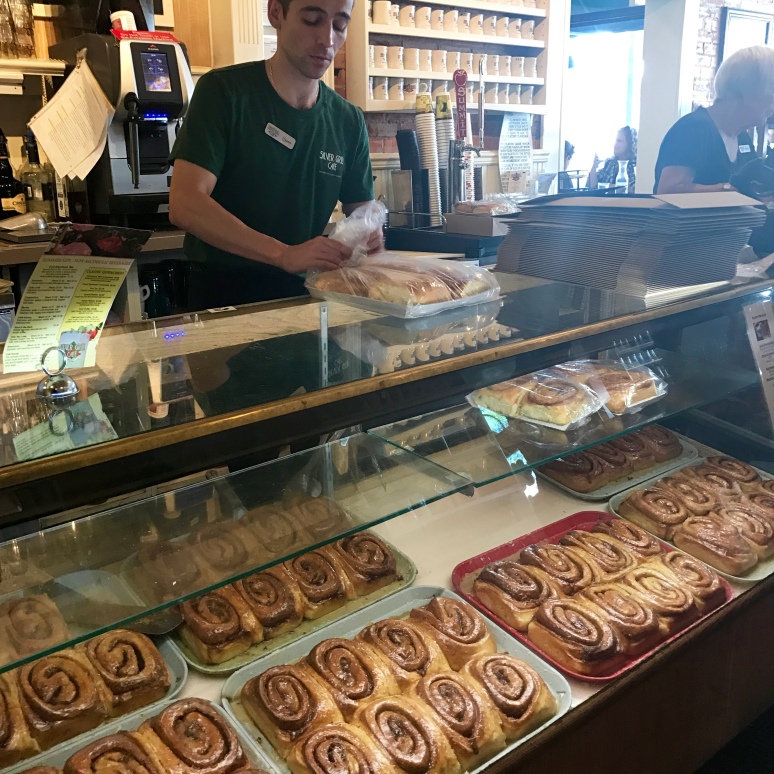 These weren’t any old giant Cinnamon rolls, these were huge rolls with the perfect amount of sweet gooyness and crunchness and overall a great treat to split because it was so large and rich flavored. We both ended up stuffed from the roll and some very delicious breakfast and fueled with some good coffee. 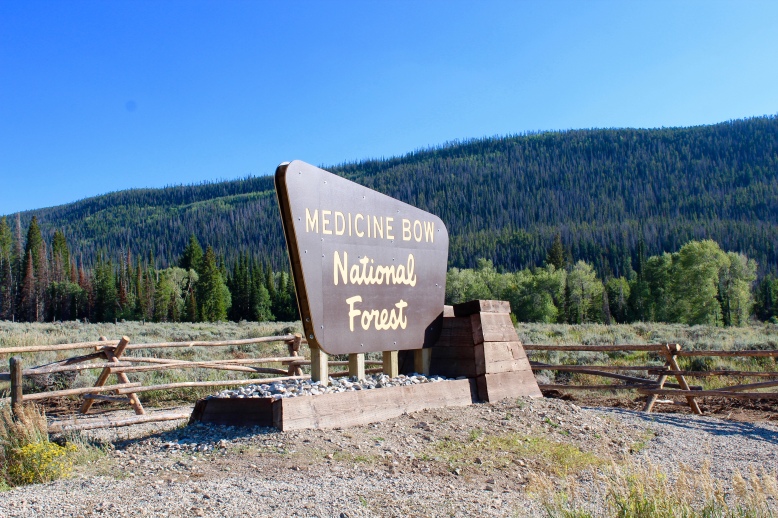 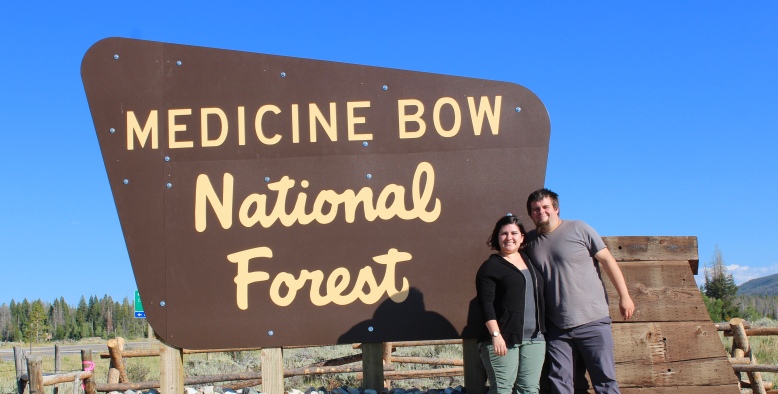 This forest is where Philip worked all summer and it was beautiful. 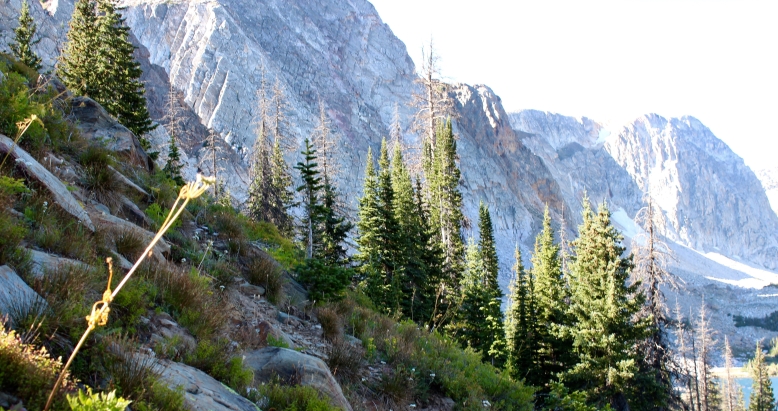 I was excited to go on a real hike and take as many pictures as possible. Now if you’re from a lower altitude state like I am, and you try to hike at over 8000 ft it’s a huge strain on your lungs. So I huffed and puffed for the first part of the hike and as we climbed higher I was able to gain my breath back a little easier. 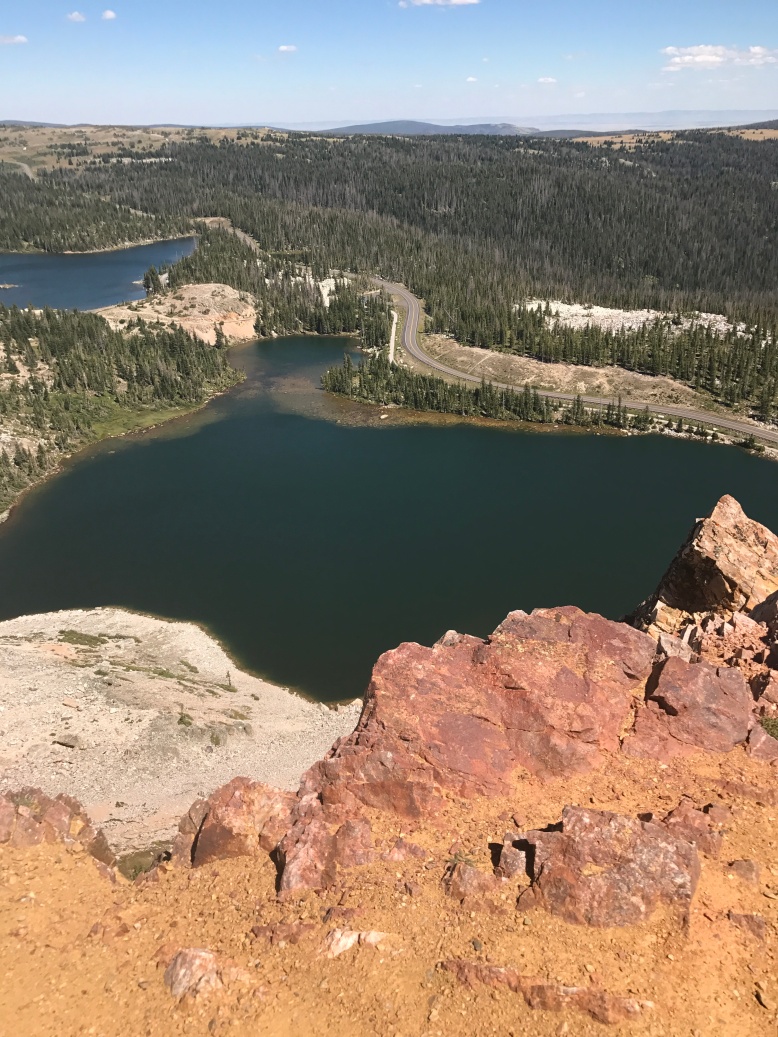 A view from midway up the peak. That is the road we drove on to get to the trail, so tiny.

The views from the Hike were so breathtaking, and the skies were a stunning blue. 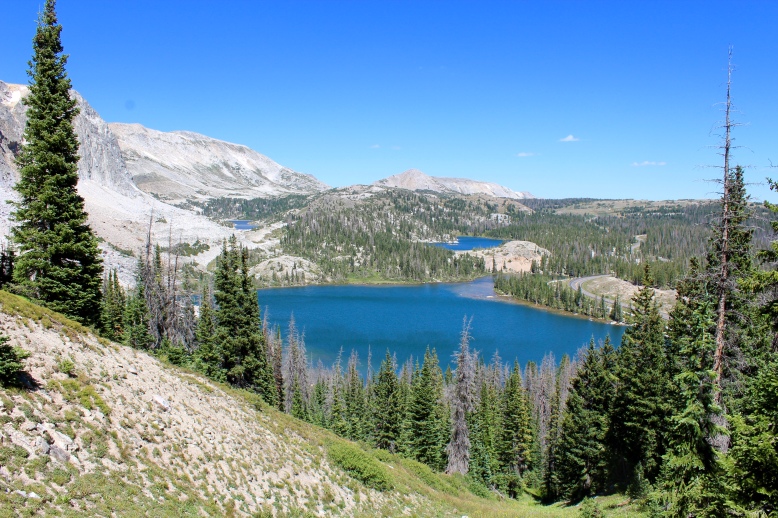 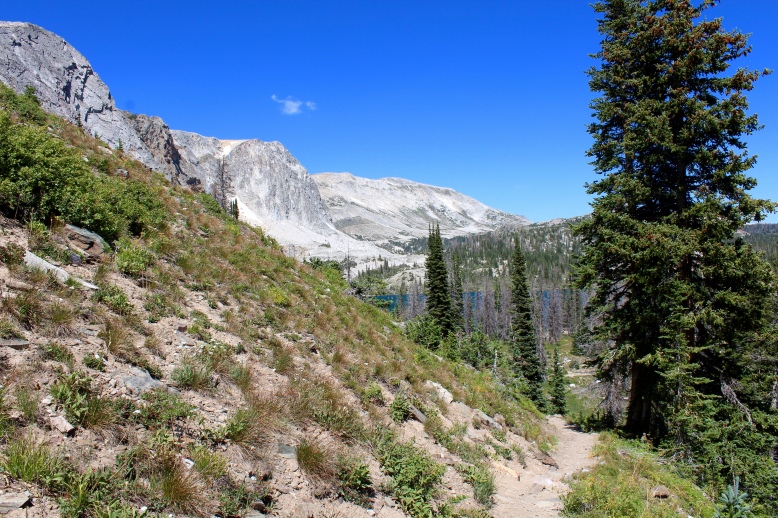 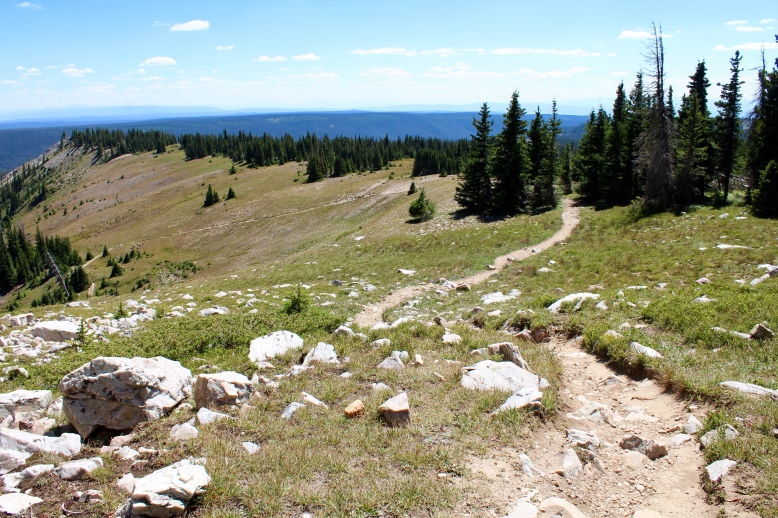 We packed our camera and some snacks and hiked for a few hours, I was happy for the chance to stretch and explore. 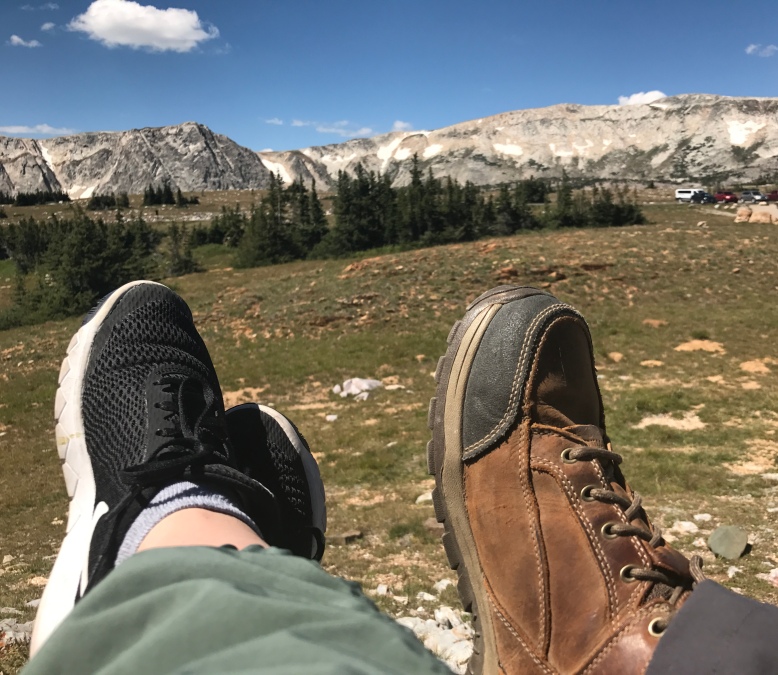 Our traditional “we were here” feet picture

There was a small cascading waterfall and “lake” with fish swimming around in it, really close to the parking lot. 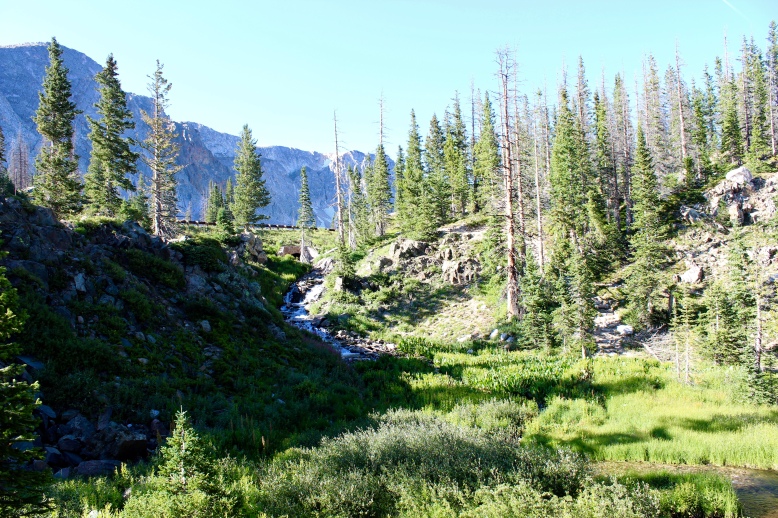 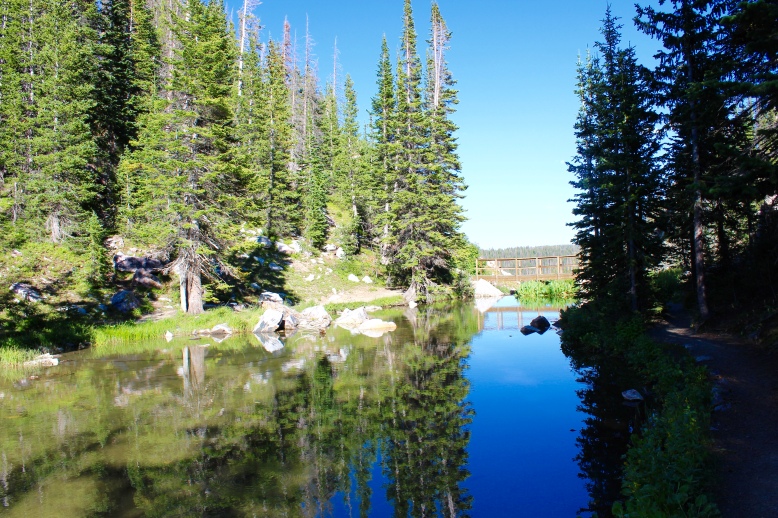 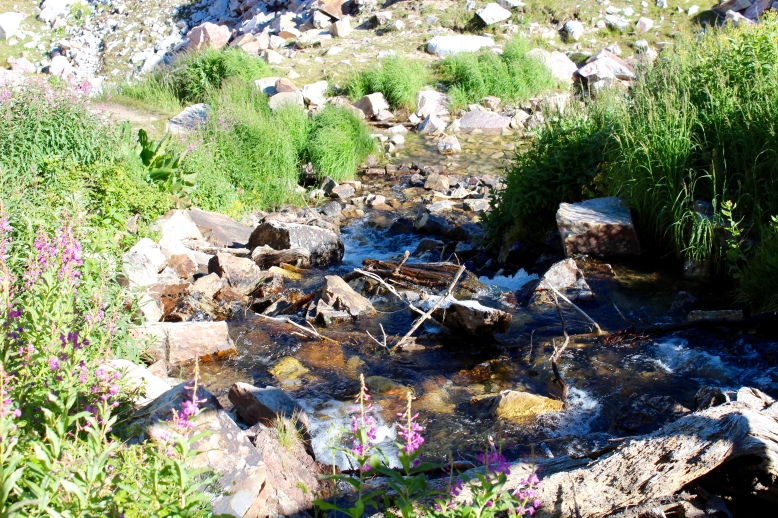 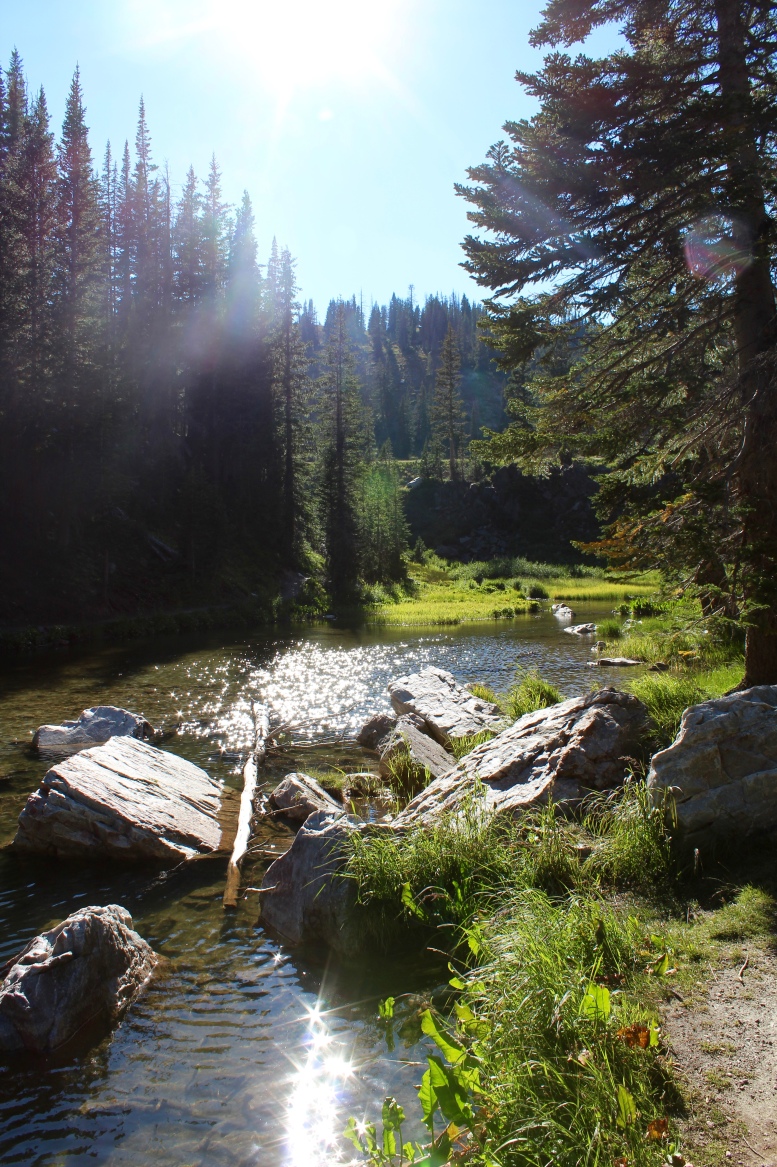 Overall I was a huge fan of Medicine Bow Peak trails, and would suggest it to anyone as a family friendly and easier day hike. 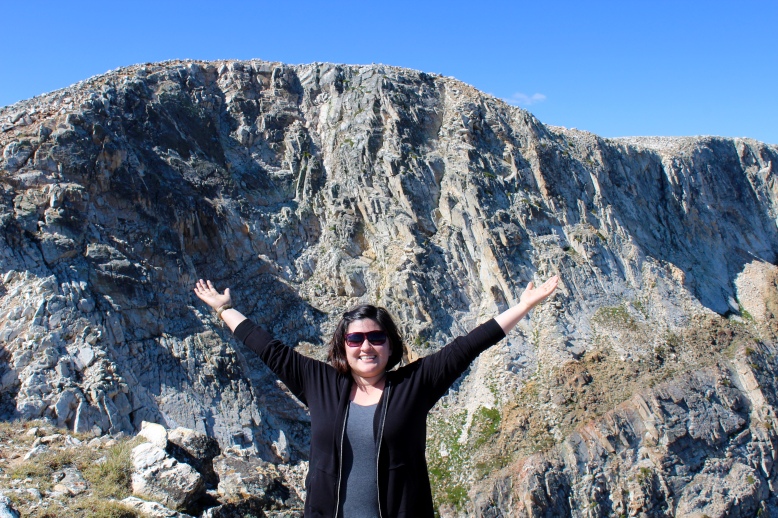 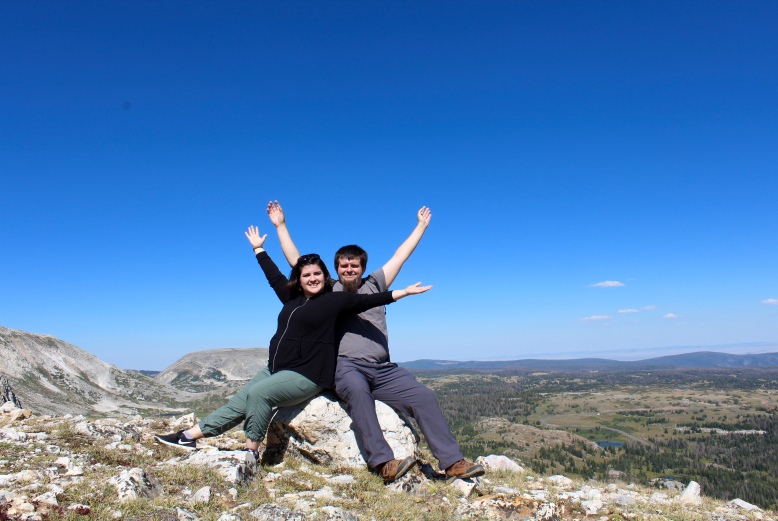 Us being a little silly with our cameras self timer and an awesome background!

After the hike we drove back to Saratoga WY and checked out the town he had lived in all summer. Saratoga is a small town with lots of personality and a great community of people who live and work there. 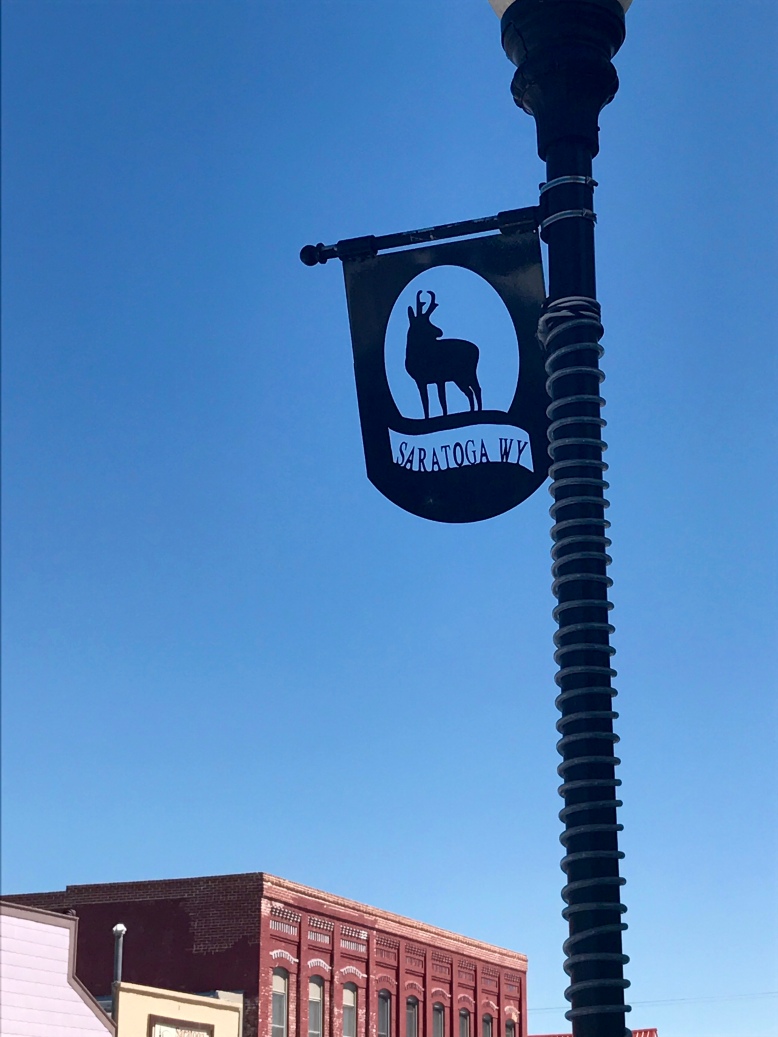 Some of the highlights of the town are the Hobo Hot spring, The Wolf Hotel and lots of little shops and bars. We enjoyed a good dinner at the Wolf Hotel restaurant, the timber Tom sandwich was so delicious and they had a great atmosphere to just sit and relax.

Later the first day we went to a nearby town called Encampment, a town with an interesting  history. 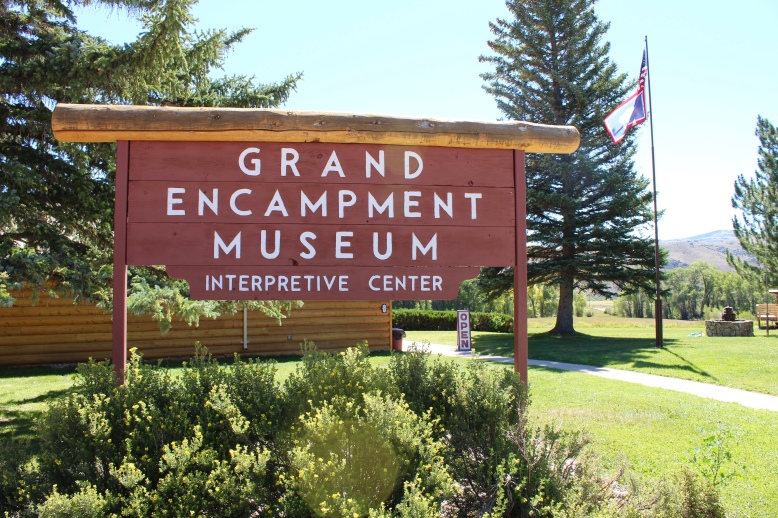 In 1897, copper was discovered in the Sierra Madre Mountains and people build a camp along the river, and included an incredible tramway, which was very progressive for that time. 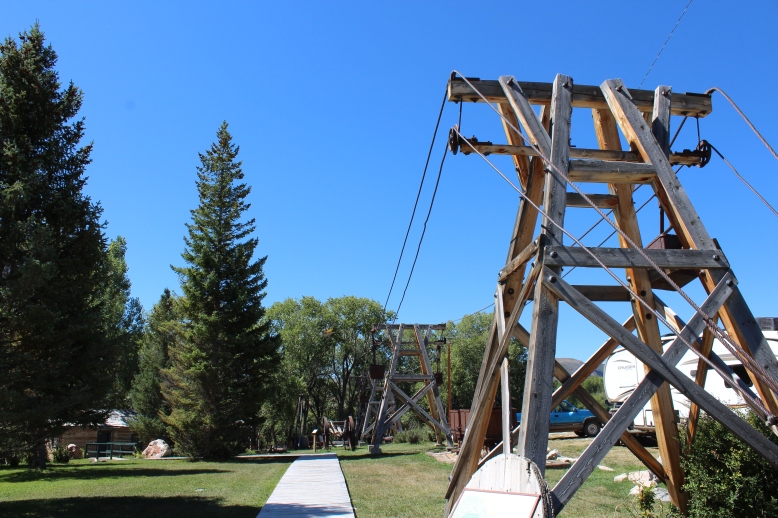 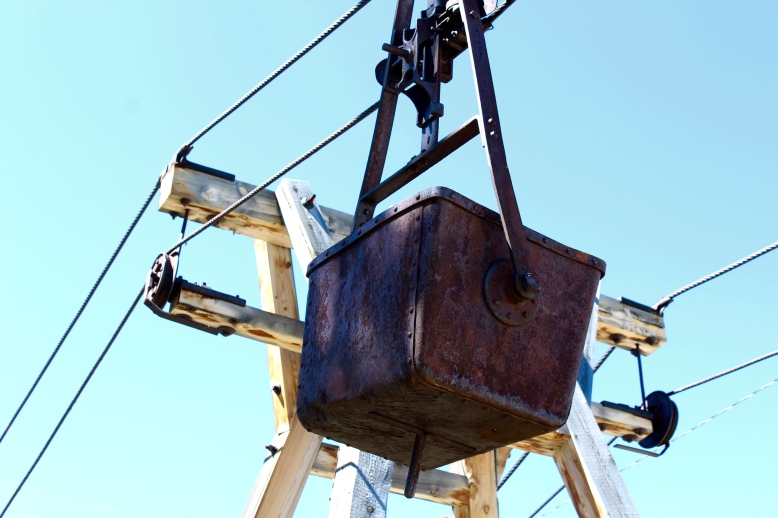 This tram ran for sixteen miles from the mining site in the mountains down to the shelter. The tram could carry almost a thousand tons of ore a day!

Part of this amazing tram is on display at the Grand Encampment Museum, which is worth visiting. Other wonderful displays (including the infamous two-story outhouse!) are set up there, and volunteers offer information on the area’s history in a guided tour.

This is a two-story outhouse, during the winter when the snow is so high you would use the top story and aim for the bottom outhouse openings, yikes!

It sits at the base of the Sierra Madres, and is the gateway to the Medicine Bow Forest.

After exploring Encampment we spent the rest of the evening eating dinner at the Wolf Hotel and visiting the Hobo Hot Springs. I didn’t really get any pictures of the hot springs, one reason was it was dark when we went (10pm) and I didn’t want to take my phone or camera near the springs. We just wore our normal swimsuits. I did think the steps leading into the pools were slippery but I just took extra cautious steps and watched my footing. The water in the main pool is so hot and that helped ease my aching feet from our earlier hike, this would be a great place to stop and relax.

The last day in Saratoga, we finished packing up and cleaning the house trailer where Philip lived. Then followed that we enjoyed breakfast along the North Platte River that runs through town. 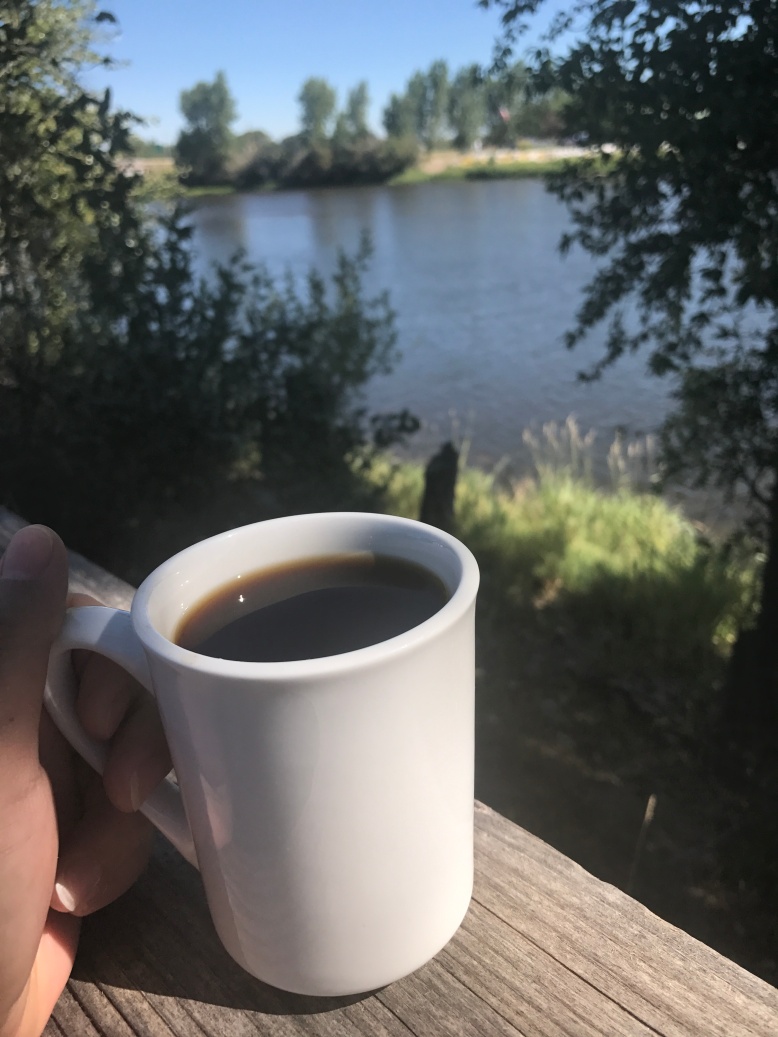 After we were done with that we went to the Steinley Cup brew fest! 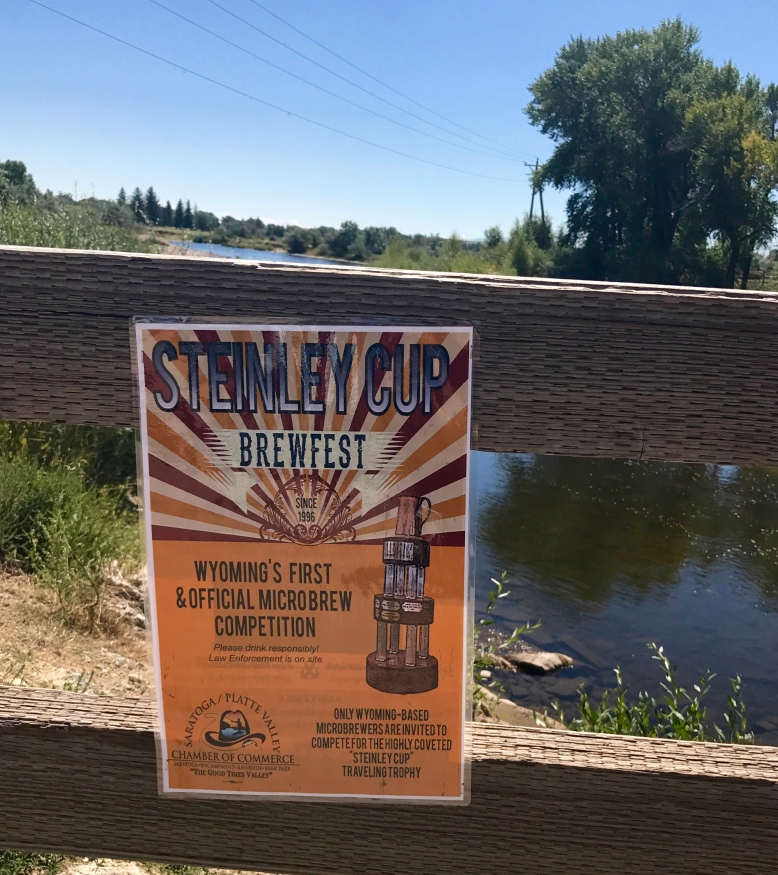 This was along the North Platte river and you pay for a wristband and  receive a cute cup to sample as many of the vendors brews as you want, and as many times as you want until the beer supply runs out. 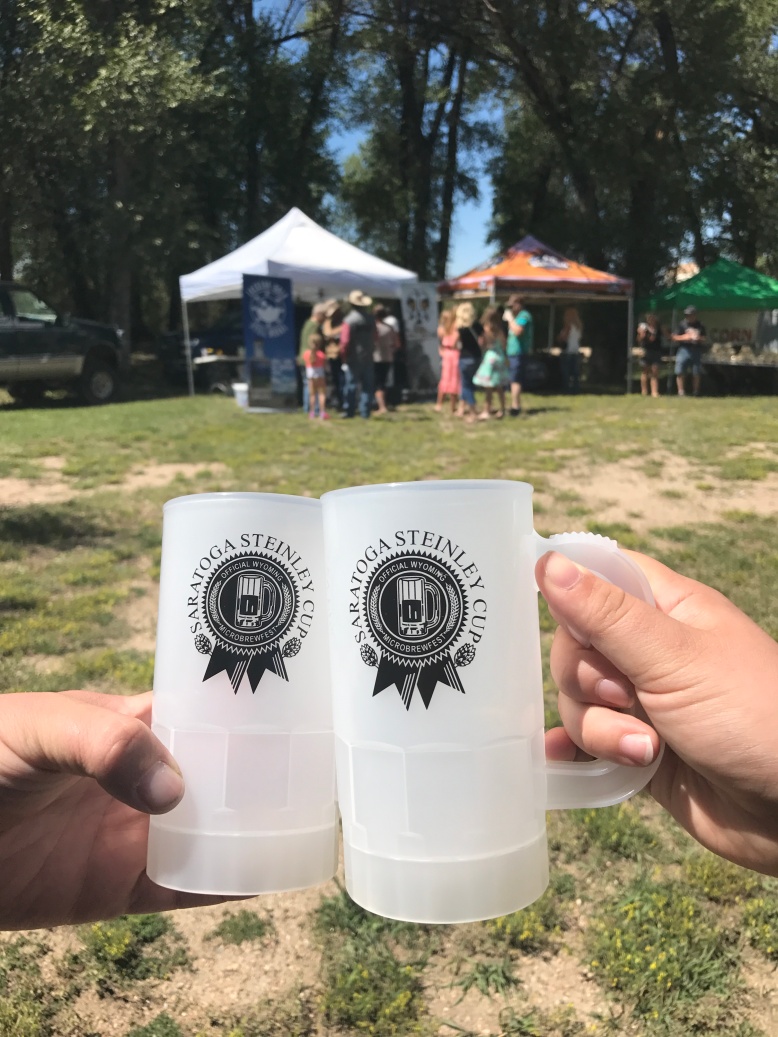 This was a really great social event and people really seemed to have a great time, we enjoyed our time there.

Wyoming was such a beautiful state to visit, we saw mountains, forest, and everything in between. 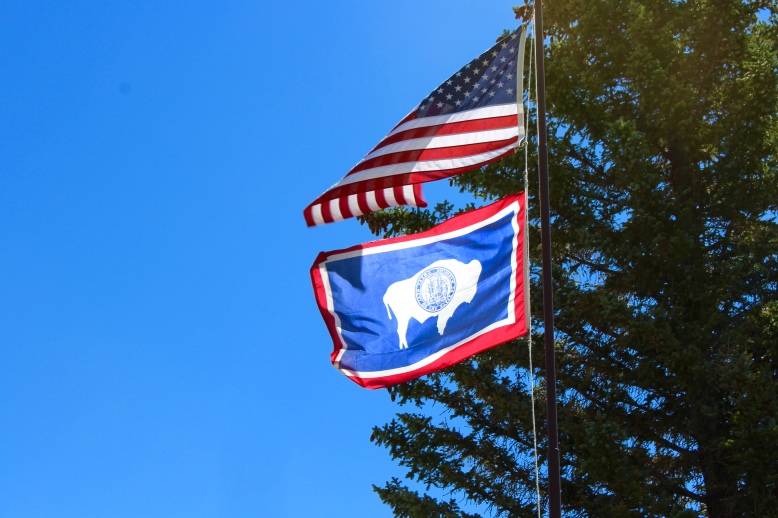 I have to say I wouldn’t mind making it my home one day, I am not even close to done exploring its many beautiful parks and forests.

As we drove home towards Ohio, I did catch a last glimpse of the rugged landscape near Saratoga. The picture is blurry but just look at that wide open sky! I love the many landscapes of Wyoming and the way that its stretches and changes with each season and area. 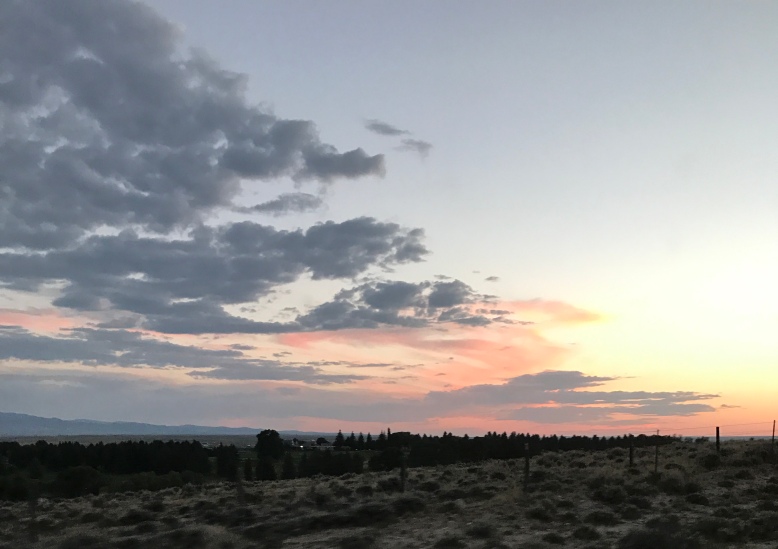 I am hoping to go back to visit soon. I really hope that you enjoyed reading about my short visit to Saratoga Wyoming, I highly recommend visiting and enjoying Medicine Bow national forest and the surrounding area. 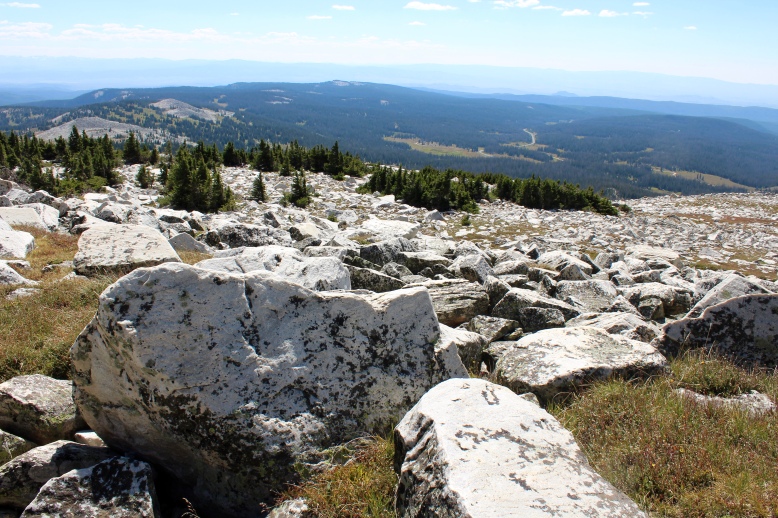 Have you ever been to Saratoga WY ?

Do you love to hike? and if yes, where is your favorite place to go?

Have you ever worked a summer only job away from home?