Hello! recently we found ourselves headed to Grand Rapids Minnesota, I was hoping to do a little bit of sightseeing despite it being January and since I have always loved musicals and old-time movies, the Judy Garland museum was a must.

Judy Garland has always been one of my favorite actresses in the business-my two favorite movies being “Easter parade” and “Meet Me In St. Louis”, of course I was excited to explore this little gem.

The family home of Judy Garland, located next to the main museum

Inside the main museum we walked through the glass cases reading and enjoyed all the artifacts, I learned a lot about Judy’s early childhood and the families connection with vaudeville. In most of Her movies she appeared to have it all together, but looking behind the scenes and really understanding the strains that fame brings was very enlightening.

The main theme of the museum appeared to be Dorothy and the Wizard of Oz, the carriage from the original movie is on display. 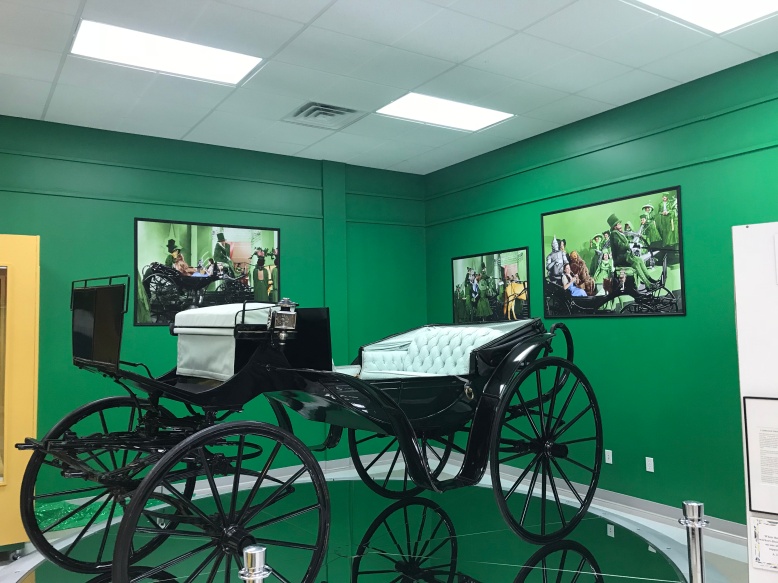 We have a few big fans of The Wizard Of Oz in our family so I took as many pictures of things I thought they would like as possible. One of the favorite cast members happens to be The Witch!! 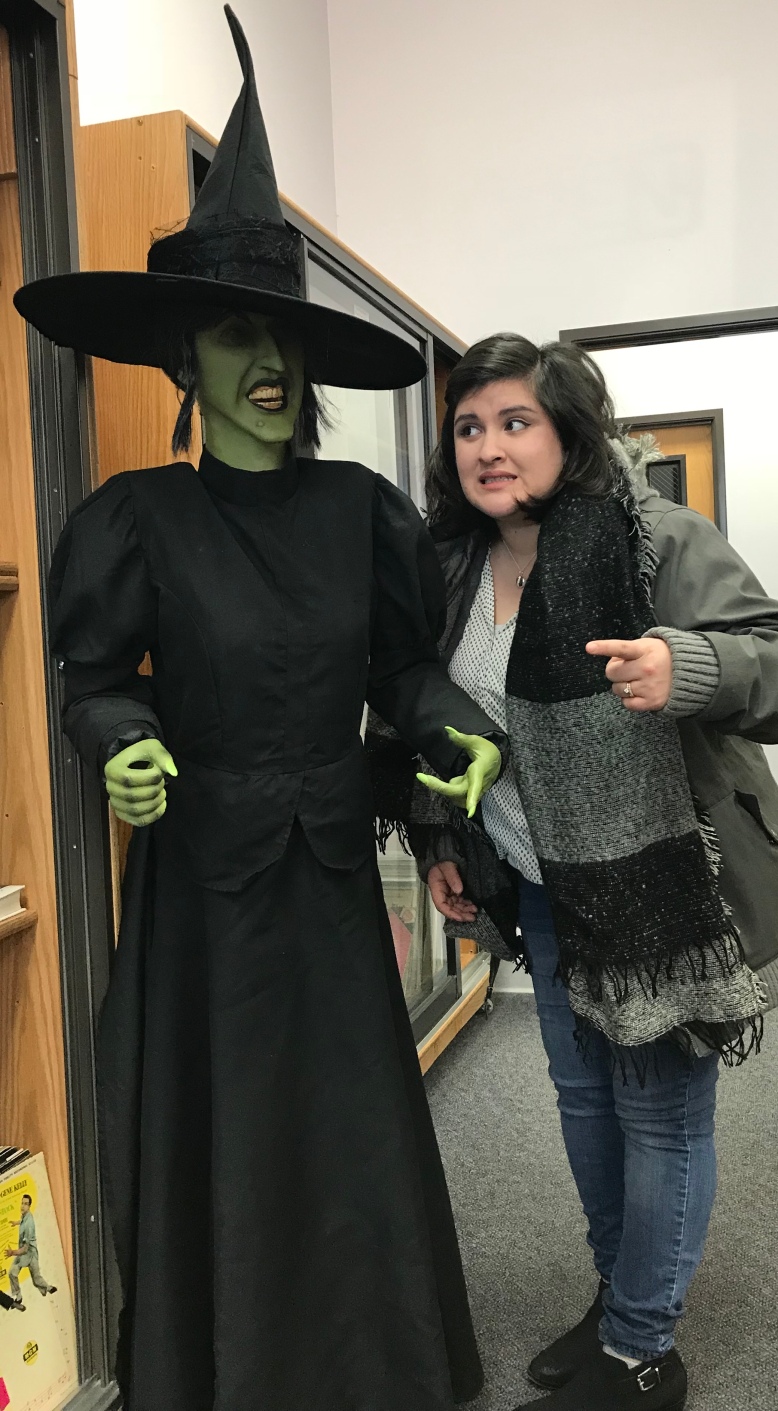 I am SURE I looked silly but hey I am a fan of the Witch too after viewing “Wicked” in Columbus last summer. 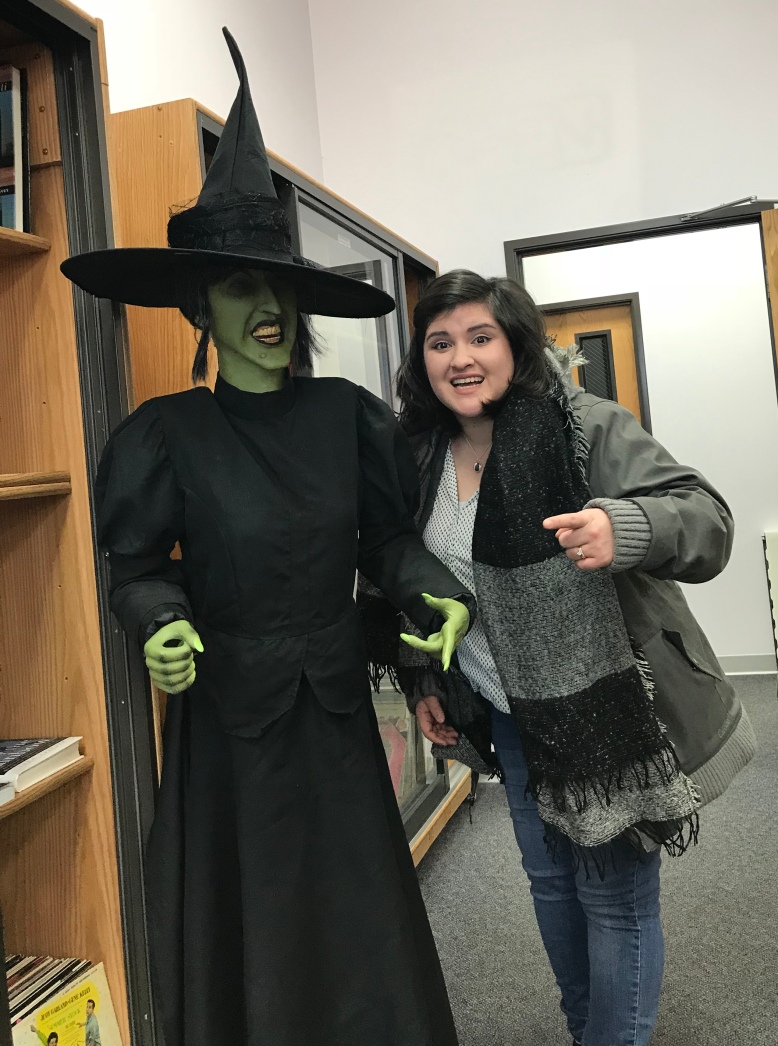 While roaming around the main museum, we discovered the story about one of the original four “Ruby Slippers” being stolen from the museum in 2005! Burglars broke into the museum and stole the slippers, they have done extensive searching trying to recover the missing shoes, including a dive team scanning the bottom of a lake, all in vain. 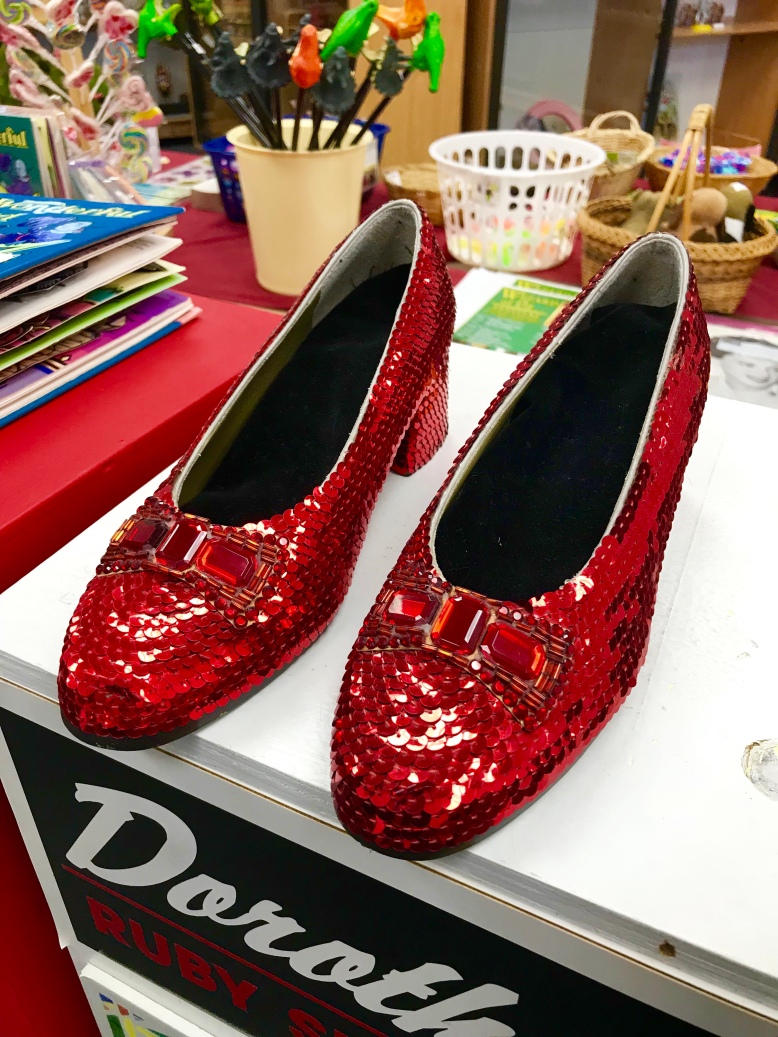 These are replicas of the original shoes that were stolen

The shoes themselves aren’t worth a lot, but as a collector’s item and memorabilia from a famous childhood film they are worth a lot, At auction today the slippers are believed to be values at over $2 million, the most expensive pair of shoes I’ve ever known.

Moving on inside the museum we did see movie posters and more information about Judy’s early childhood performing and all about the “Gum sisters”. I liked seeing all the old pictures and how close to her family she was.

The most interesting thing to me was the Family home. 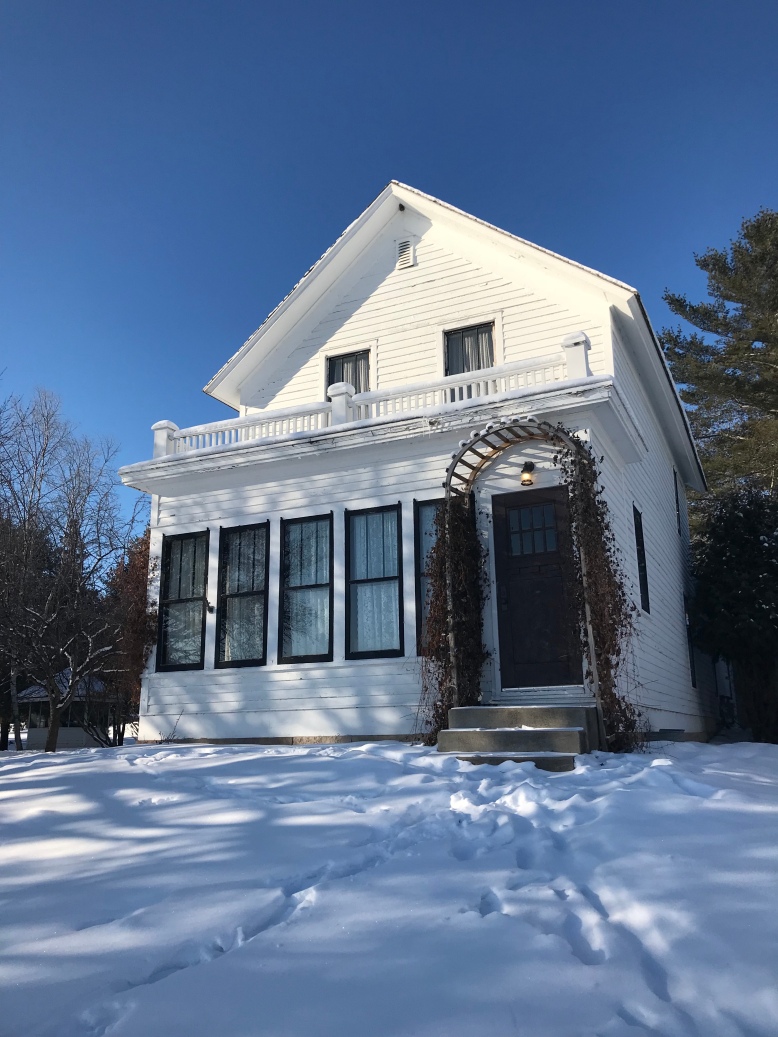 Located right next to the museum it was connected with a covered hallway. 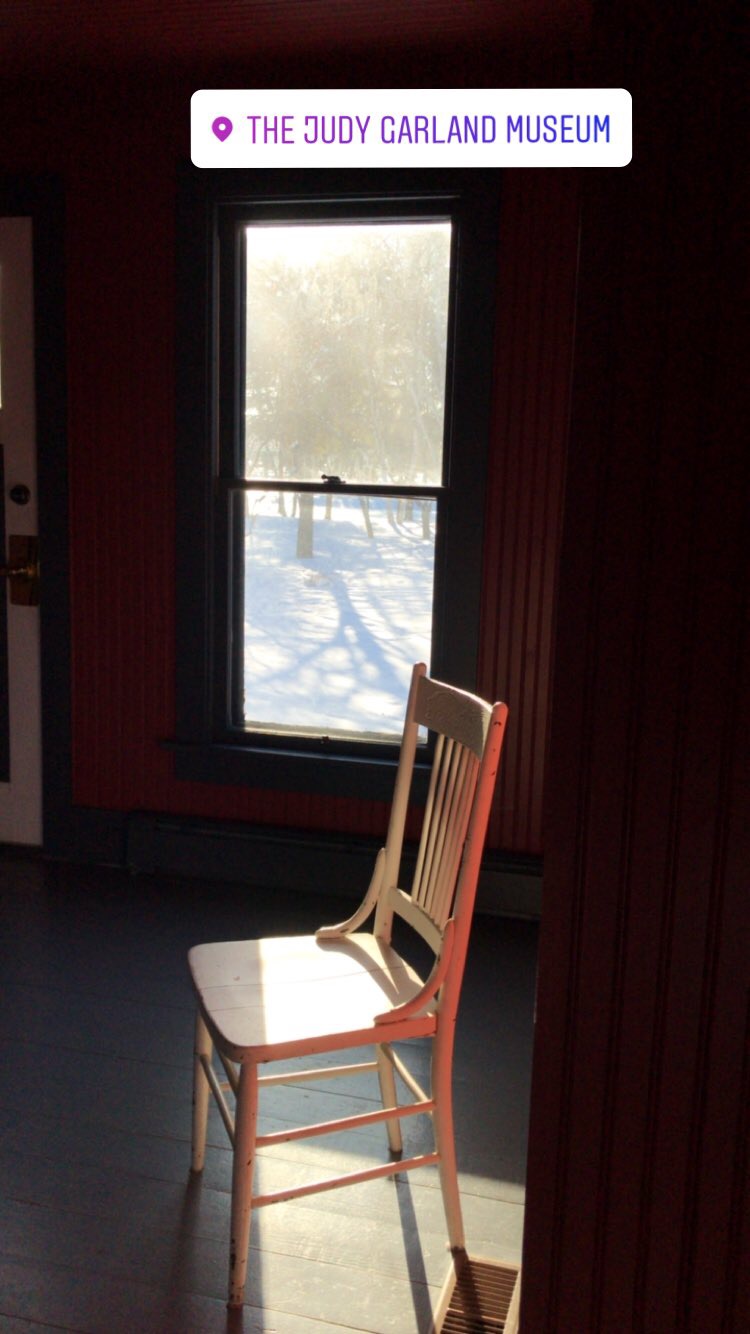 The Minnesota sunlight was streaming through the lace-curtain covered windows and highlighted all the walls and furniture, the house was as original as possible with donated antique furniture and knickknacks.

This was a self-led Tour so I could snap pictures as much as I wanted to, and we enjoyed the whole house to ourselves. 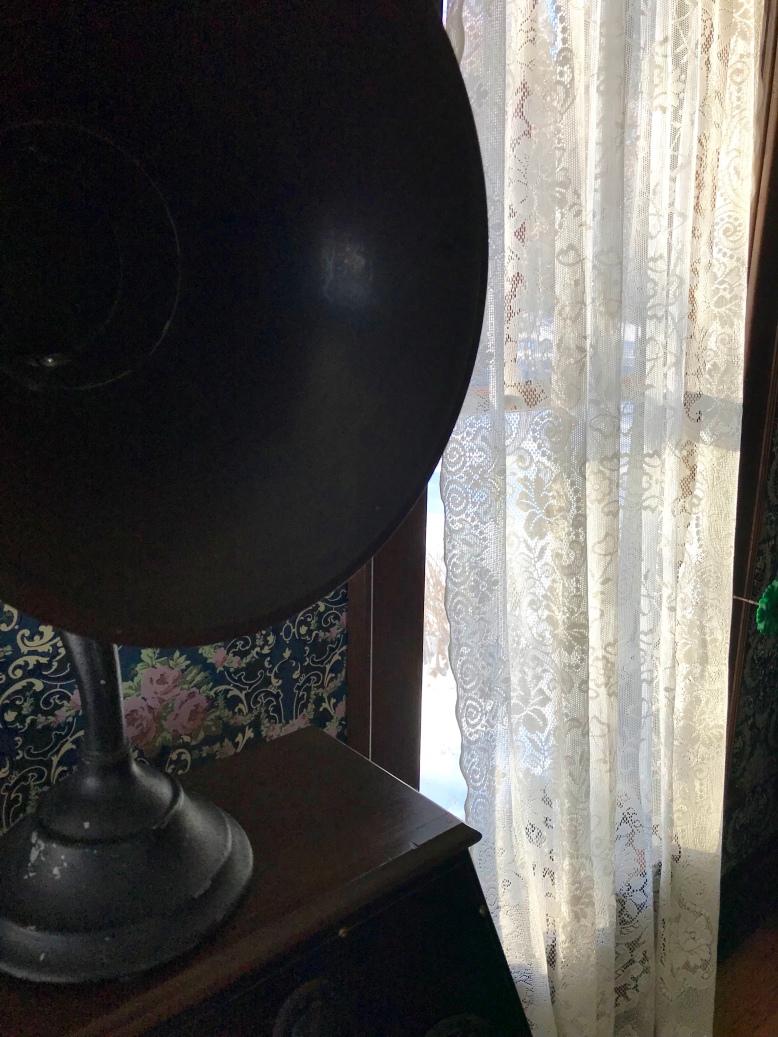 The sunlight through the curtains was so peaceful

I can only imagine the fun and hard work that went into making Judy’s family house a home, the decor was dated but that helped me feel like I had stepped back in time. 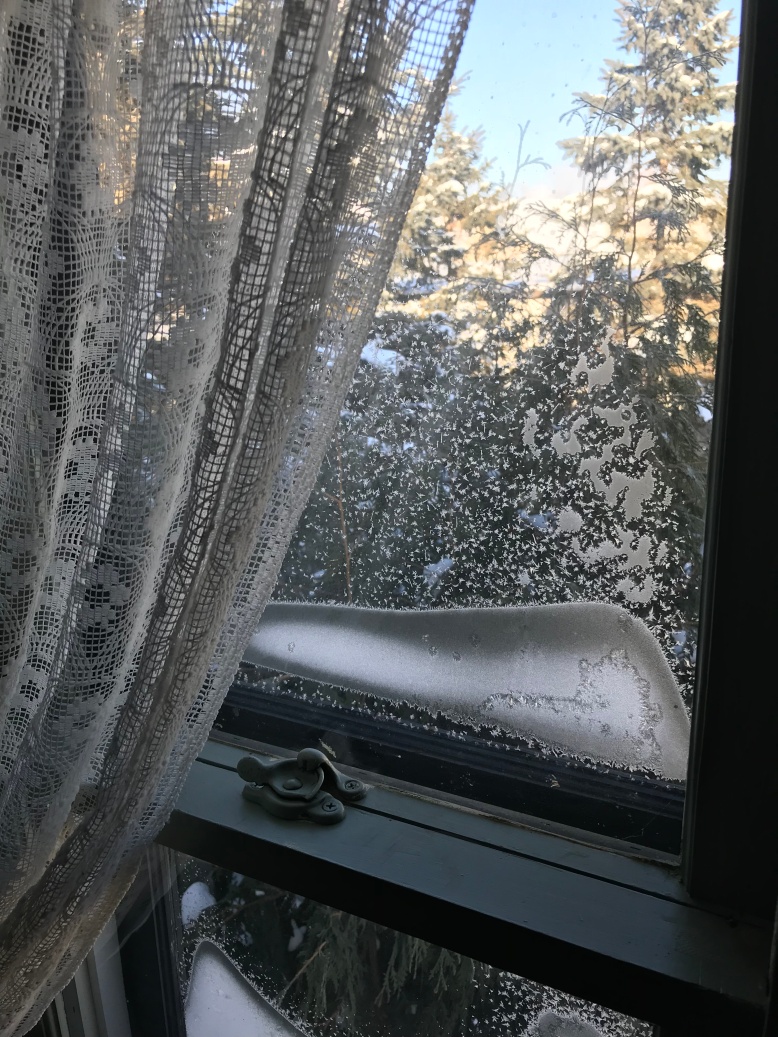 That morning the temps were a whole  -26°

As I stood on the staircase landing, the place where many “rehearsals” had taken place, I felt a new respect for the actress, her work and struggle, and later tragic end for fame. 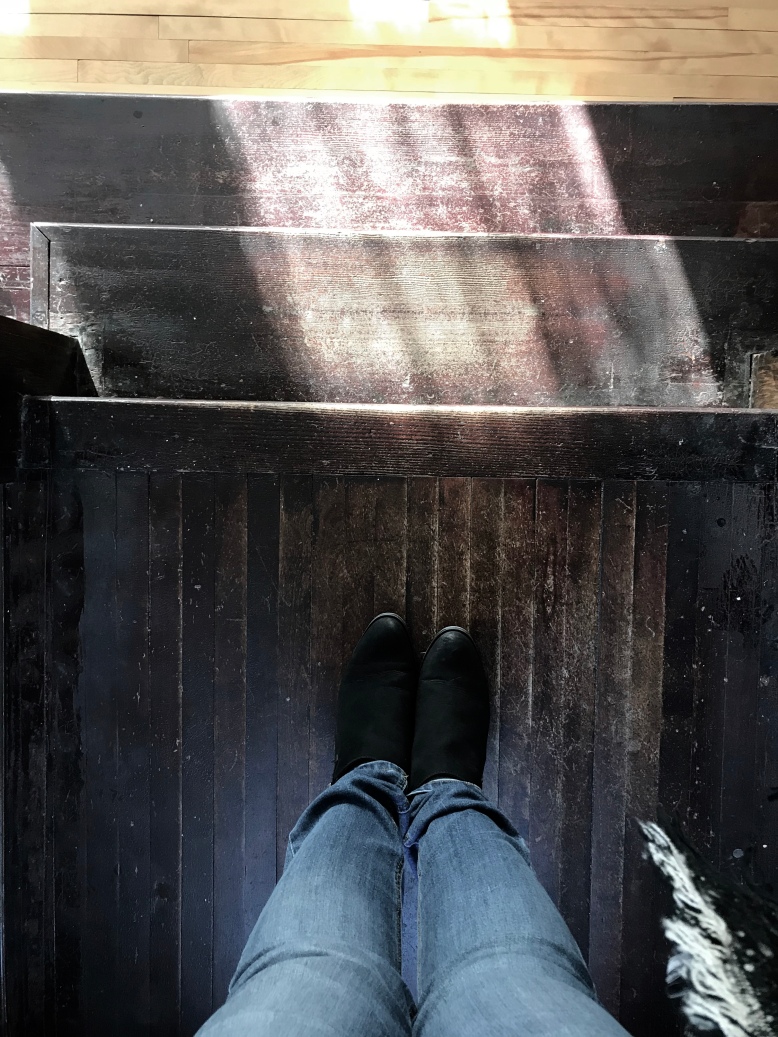 This museum was a Gem, if you are ever in the area, you should check it out as well.

I hope you enjoyed this little tour of the Judy Garland museum, it is all the little museums like this that keep people interested in the faces behind the fame and tempts us farther into the history of our world.

If you happen to see a pair of Ruby slippers flying around they might be the missing pair from Kansas haha.

Are you someone who enjoys museums ?

Was there one thing or maybe more that you learned new about Judy Garland from this post?

Until the next time,